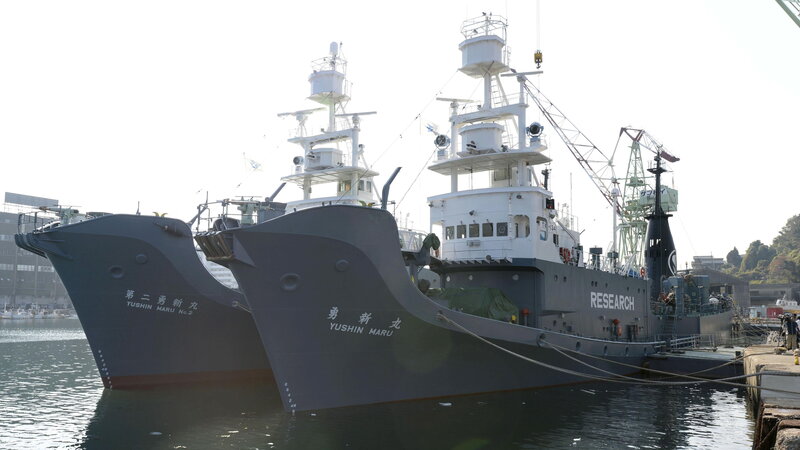 Japan once labeled its whaling vessels with prominent “Research” tags. The country will resume commercial whaling hunts in 2019. Here, the whaling ships Yushin Maru (right) and Yushin Maru No. 2 are seen before leaving for the Antarctic Ocean for a whale hunt in 2015. In the future, Japanese whaling ships will not operate in the Antarctic.

“Japan argues that it has a long tradition of whaling, even though Japanese today eat very little whale meat,” NPR’s Anthony Kuhn reports from Tokyo.

In a notable shift, Japan also said it will no longer conduct controversial hunts in the Antarctic Ocean — where…

4 thoughts on “Japan Embraces Commercial Whaling, Pulls Out Of Global Alliance That Banned It”