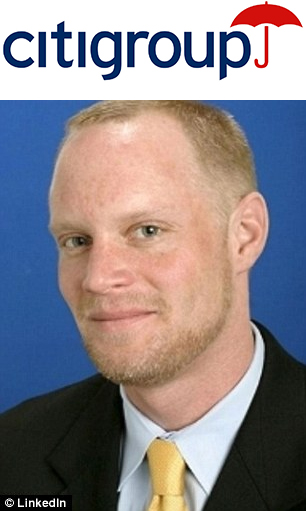 The global head of Citigroup’s environmental and social risk management was found dead in his New York apartment on Tuesday with a laceration to the throat.

The body of Shawn D. Miller, 42, was discovered in the bathtub of his condo in Manhattan’s Financial District.

There was no knife or obvious weapon found at the scene, leading police to believe the death was suspicious, according to The New York Post.

Investigators are now trying to find a man that Miller was seen walking into the apartment at 120 Greenwich St with Miller at about 6.30pm Monday night.

There were no signs of forced entry.

A doorman then made the gruesome discovery of Miller’s about 3pm Tuesday.

5 thoughts on “Another banker Dead: Citigroup executive, 42, found dead in the bathtub of his Manhattan apartment with his throat cut”